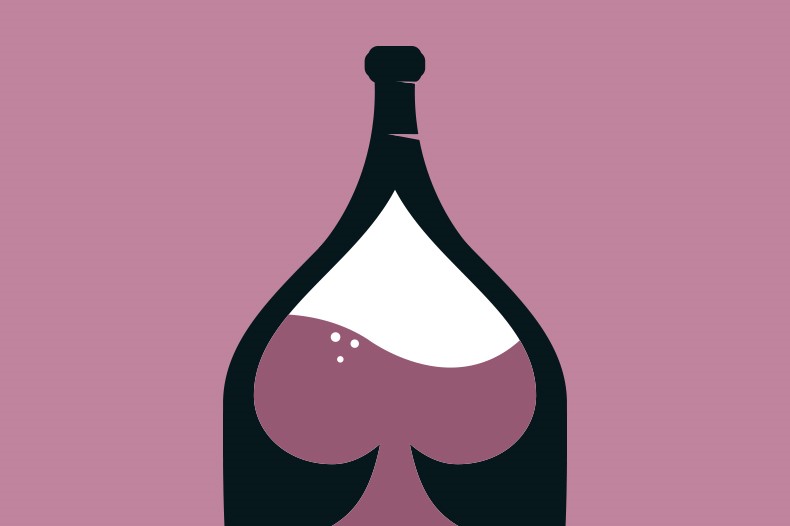 Ace of Spades Holdings LLC (Ace of Spades) was founded by Jay-Z as a vehicle for his luxury champagne brand, Armand de Brignac. Moët Hennessy recently bought a 50% stake.

In the cases subject to this decision, six of Ace of Spades’ EU trade marks (EUTMs) were cited as earlier marks. Four of these marks consisted of the 3D form of a bottle. One has a reflective surface and an embossed label bearing both distinctive and non-distinctive verbal and graphic material, all in gold. Three do not have the main label but have a reflective surface, in silver-grey and two shades of “rose” respectively. A fifth mark consists of the 3D form of a bottle with a frosted surface, all in gold. The sixth is a position mark, consisting of the location of particularly shaped labels on a bottle. Each mark covered champagne in class 33.

The predecessor in title to Krupp and Borrmann had applied for three EUTMs. Each consisted of the 3D form of a bottle with a reflective surface and an embossed label bearing both distinctive and non-distinctive verbal and graphic material, in gold, silver or “rose” respectively. The specifications each covered champagne in class 33.

Ace of Spades unsuccessfully opposed all three applications under Articles 8(1)(b) and (5) EUTMR, based on different combinations of its six earlier marks. It then appealed its failure before the Board of Appeal (BoA) to the General Court (GC).

With respect to Article 8(1)(b), the BoA analysed Ace of Spades’ marks, finding that certain elements were “common on the market” for the packaging of champagne: the overall bottle shapes; their colours; the black foil capsules; the position of labelling on the bottle; and the reflective bottle surface present in four of the marks. The BoA declared that these elements had “very little, if any, impact on the overall impression created by those marks".

In contrast, the BoA found that the most distinctive elements of Ace of Spades’ marks were the spade design incorporating a stylised letter “A”, which formed the main label of the first mark, the smaller spade designs on the neck labels of the first five marks, and the verbal element “Armand de Brignac” on the main label. Other elements of the labels, such as “champagne”, were considered non-distinctive. No element was deemed dominant.

The BoA’s analysis of the marks applied for found that the overall shape of the bottle, the neck and main labels, the black foil capsules and the overall colours of the marks were “non-distinctive”, as were verbal elements such as “brut”, “rose” and/or “champagne”. The leafy designs around both labels were deemed to be “mostly decorative”, but the verbal elements “JC” and “Jean Call” were considered distinctive.

The BoA appears in each case to have performed a visual comparison of the respective marks solely on the basis of elements considered to be distinctive. Since these consisted of unrelated verbal material (such as “Armand de Brignac” against “Jean Call”), or visual material not present in the marks applied for (eg, the spade designs), its conclusion that the respective marks were all visually dissimilar was straightforward.

The BoA also carried out phonetic and conceptual comparisons of the marks, but concluded that in each case the visual comparison was determinative. (This aspect of the BoA’s decision was not ultimately overturned.)

The BoA thus concluded that despite the identity of the goods involved, the respective marks were all dissimilar. Thus, neither Article 8(1)(b) nor 8(5) was breached. The appeal was refused.

The GC overturned the BoA’s decision for taking the wrong approach to comparing respective marks to assess similarity. The BoA had only taken into account what it held to be the more distinctive elements of the marks and had therefore failed to make a global assessment of the earlier marks as a whole. While the BoA referred to these elements as making “very little, if any contribution” to the overall impressions produced by the marks, it had not written off any of these elements as negligible, so they should have been taken into consideration. Therefore, the BoA’s assessments of visual similarity between marks were in error, being based on defective assessments of the overall impression produced by each mark.

The GC also pointed out that although individual elements of the marks might be considered non-distinctive, certain combinations of them might have a degree of distinctiveness. It also queried whether some elements were as commonplace and non-distinctive as the BoA thought.

The GC remitted the cases back to the BoA. It did not decide whether the marks are indeed similar; it simply set out how the assessment of similarity should be carried out.

The GC overturned the decision of the BoA because the visual comparisons of the respective marks, which were in these instances determinative, had not been carried out by comparing the marks as a whole. Elements deemed non-distinctive or “contributing little” to the overall impression produced should nevertheless have been taken into account. Combinations of such elements might be distinctive, and only elements declared negligible could be ignored.

• Individually or in combination, non-distinctive elements may still contribute to the overall impression produced by a mark

This article was first published in the May/ June 2021 issue of CITMA Review, the journal of the Chartered Institute of Trade Mark Attorneys