Cambodia has become the 95th member of the Madrid System. 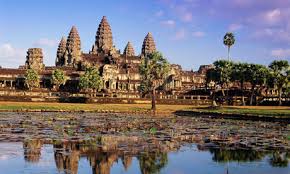 This follows the deposit with the Director General of WIPO on March 5, 2015, of its instrument of accession to the Madrid Protocol Relating to the Madrid Agreement Concerning the International Registration of Marks. The Protocol enters into force, with respect to Cambodia, on June 5, 2015.

The Madrid System makes it possible for an applicant to apply for a trademark in a large number of countries by filing a single international application at a national or regional IP office of a country/region that is party to the system. It simplifies the process of multinational trademark registration by reducing the requirement to file an application at the intellectual property office in each country in which protection is sought. The system also simplifies the subsequent management of the mark, since it is possible to record further changes or to renew the registration through a single procedural step.