Changes to the UK Trade Marks Act and Rules

Changes to the UK Trade Marks Act and Rules 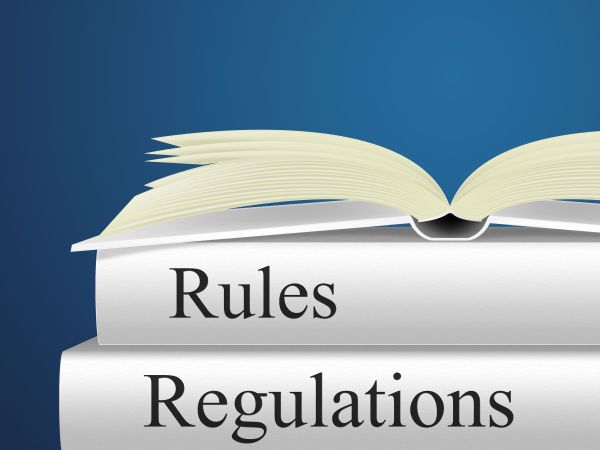 Why are the UK Trade Marks Act and rules being changed?
The UK trade marks act is being changed to comply with EU Directive 2015/2436. The objective of the Directive is to ensure that trade mark law is consistent across the EU and with the law applying to the unitary EU-wide trade mark as provided in the EU trade marks Regulation. The changes are to ensure that national trade mark registration systems of EU member states remain effective as technology develops and to ensure a consistent approach to trade mark protection businesses working across Europe. The changes meet the UK’s legal obligation to the Directive.

The published UK government notes to the changes state that there was general support from trade mark agents and the legal profession for the implementation of the Directive to ensure the further and ongoing harmonisation between the UK and EU trade mark systems. In addition there was a wider consultation with businesses, trademark holders and other professional advisers.

The definition of a “trade mark”
Amendments to the definition of a mark section 1(1)(a) of the Trade Mark Act are made to include any sign which is capable of being represented in the register in a manner which enables the registrar and the other competent authorities and the public to determine the clear and precise subject matter of the protection. Previously, the definition was a sign that could be represented graphically. These amendments now make it possible to protect a wide variety of marks including multimedia, and even holograms. Marks can be presented electronically for example in MP3 or MP4 format or on physical data carriers such as a USB stick. File formats include:

The ability to register this wider variety of marks became possible for EU registered marks as of 1 October 2017.

An example would be something such as a barcode or a Quick Response (QR) code, which at present would be un-registrable as a trade mark because the, two dimensional visual representation has a technical function. Another example would be a repetitive high pitch sound registered for the goods of fire alarms, because the sound would be considered to be an intrinsic part of the fire alarm.

Citations in the examination procedure
Trade Marks that have expired will no longer be cited in search or examination. Section 6(3) of the Trade Mark Act has been repealed. That section stated that expired marks would still be taken into account in determining the registrability of a later mark for the period of one year after expiry. These marks will no longer be taken into account immediately after expiry.

Infringement
Additions to section 10(4) of the Trade Mark Act further clarify infringing acts, they now include using the sign or part of the sign as a trade or company name and using the sign in comparative advertising that is contrary to the Business Protection from Misleading Marketing Regulations 2008.

Following amendments to section 11(2)a it will no longer be possible for a company to use the “own name” defence and instead this will only apply to “an individual”. This change increases slightly the rights of registered trade mark owners.

Due to the changes in citations made in the examination procedure with regards to expired marks, the rules now state that a proprietor of a restored mark will not be able to bring infringement proceedings in the period of the mark expiring and its restoration.

Previously there was no direct defence to the infringement that they had not used their mark. You will need to file a parallel revocation action, revoking their mark, and then the infringement action would disappear because the mark was revoked.

Counterfeit goods
Section 10A has been added to give registered trade mark owners the right to prevent goods entering the UK without being released for free circulation. This addition will mean that where goods from outside the EU passing through the UK have been detained, the importer or holder of the goods will have to prove that the registered trade mark proprietor is not entitled to prohibit the marketing of those goods in the country of destination.

This is a change in the burden of proof. Before this change in the law it would be necessary for the trade mark owner to prove that the goods would have been put on sale in the United Kingdom. Under the new law it will be up to the person shipping the goods to prove that the trademark owner has no right to stop them being marketed at destination, for example because the registered trade mark is invalid or there is no registered trade mark.

Evidence of use in oppositions - change to the point at which non-use period starts
In the relative grounds of opposition proceedings for the case of non-use there will be a change to how the 5-year period of use is calculated. It will now be the filing date or priority date (if applicable) which governs the end of the 5-year period, as opposed to the publication date.

If the owner of an earlier right poses application to register trade mark, and you put them to proof of use, to establish that they have use of their mark, if they cannot show that they have in the period before the earliest filing date or priority date application, or they have no proper reasons for not using, they will not be successful in their opposition.

Incorrect proprietor
If someone acting as your representative applies for or has registered your trade mark without your permission you can seek to remedy that situation. The options for doing so have changed and mean that now they apply to any owner of the trade mark, whether they are based in the UK or abroad.

Licences
Numerous amendments are to be made with regards to the licensing of a trade mark.

It will now be possible for the proprietor of a trade mark to invoke the rights granted to the licensee if they have broken the terms of agreement in relation to:

Changes to section 30 of the Trade Mark Act will allow an exclusive licence holder to bring proceedings for infringement in their own name as if they were the proprietor, if the proprietor refuses to do so themselves or fails to do so within two months of being called upon.

It will become possible for a licensee to intervene in infringement proceedings for the purpose of obtaining damages according to any loss they have suffered or are likely to suffer.

Sections 28 to 31, the provisions relating to the licencing of trade marks will be extended to include applications as well as registrations.

If they do not do so promptly or in the case of printed publications in the next edition, you can apply for court action to be taken and the court may order the publisher to correct any entry and amend the way that your trade mark is reproduced in their publication, or otherwise to destroy those publications. This is in addition to other discretionary remedies within the power of the court.

Division of marks
Section 41 of the Act has now been amended to include the registration of a trade mark. This means it will now be possible for a registered trade mark to be divided into two or more divisional marks. Previously this applied only to a trade mark application during the application phase.

Collective trade marks
There are numerous changes made to the provisions on collective marks:

Your association can apply for a collective mark if you are a group of manufacturers, producers, suppliers with the appropriate legal standing to contracts.

Renewals
There will be changes to Rule 37 of the Trade Mark Rules concerning renewals. If a registered trade mark has not been renewed, in order to restore that trade mark it will now be mandatory for the proprietor to show that failing to renew within the given time period was “unintentional”. The UKIPO will also send their renewal reminders six months prior to the mark expiring as opposed to four months before.

Commentary
In the explanatory memorandum to the changes, overall the UK Intellectual Property Office consultation concluded that there will be no significant impact on businesses, charities or voluntary bodies or on public sector occasioned by the above changes.