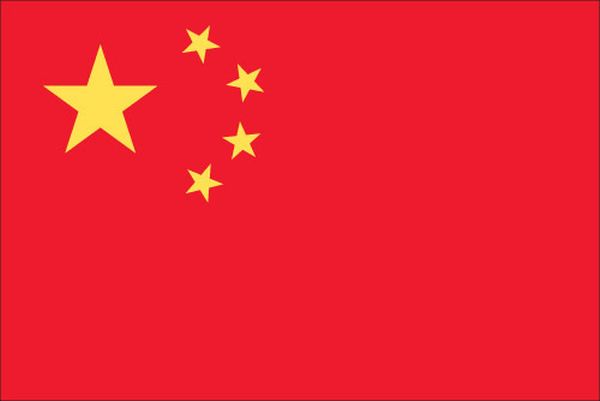 By: Chartered Institute of Patent Attorneys

“English is the international language of commerce and the foreign language of choice for most Chinese business people. Coupled with the established trading, legal and cultural links between the two countries, this means that the UK is China’s best point of entry into the European market.”

So says Alasdair Poore, who leads a delegation of British patent attorneys visiting Beijing, Shanghai and Guangzhou in September at the same time as Lord Mandelson, the UK’s First Secretary of State and Secretary of State for Business, Innovation and Skills.

The purpose of the mission led by Lord Mandelson is to showcase UK excellence and introduce UK companies to key Chinese decision-makers and buyers. Representatives of the Chartered Institute of Patent Attorneys (CIPA) – the professional organisation for the UK’s 1,750 patent attorneys - will be supporting and developing this message during a series of meetings organised in association with the British Embassy in Beijing and the All-China Patent Agents Association (ACPAA).

“This continuous growth in China’s filings,” Alasdair Poore says, “demonstrates an increase in that country’s recognition of the patent system and in its innovative technology developments. China is becoming a major player in the field of Intellectual Property protection and looks set to be the leading patent filing country in the near future.

“Many Chinese companies already use British patent attorneys to represent their IP interests in Europe. The main reasons for our current visit to China are for us to find out more about Chinese businesses’ international patenting needs, to explain some of the changes and new developments in European patenting and to encourage our Chinese colleagues and Chinese business people to work more closely with us in the future.”

The CIPA delegation arrives in Beijing on Monday 7 September and will hold a number of seminars and meetings on Tuesday 8 and Wednesday 9, including a reception that will be attended by the British Deputy Ambassador, Mr Chris Wood.

The CIPA delegation will then go on to Shanghai, where Lord Mandelson will be visiting the China International Fair for Investment and Trade, and from there to Guangzhou. In all three cities, there will be meetings with members of the Chinese professional association ACPAA and with directors and senior managers of major Chinese corporations. The President of ACPAA, MA Lianyuan, will be one of several Chinese patent agents who will address the meetings on topics that include:

Under the broad theme of UK's capability in low carbon, the events Lord Mandelson is to attend will focus on sectors that include:

“The sectors Lord Mandelson’s delegation is focusing on all have a need for appropriate intellectual property advice and support services,” says Alasdair Poore. “CIPA’s members will be working hard to make sure that our visit helps increase reciprocal trade and investment between the UK and China.”.

Worldwide filing of patent applications increases every year and China is one of the biggest contributors to this annual increase. In 2005, China became the third largest patent filing country. According to the 2008 edition of the World Patent Report of the World Intellectual Property Organization (WIPO), China’s share of total worldwide patent fillings rose from 1.8 per cent to 7.3 per cent during the periods from 2000 to 2006. During the same periods, the total number of patent applications filed worldwide by applicants from China increased by 32.1 per cent.

China’s Patent Office has become one of the largest recipients of patent filings. In 2007, China’s Patent Office received 694,153 patent filings and in 2008 828,328, a growth rate of 19.4 per cent over the previous year. In 2005, China experienced the highest growth rate in resident patent filings, increasing by 42.1 per cent. By 2008, China’s domestic residents were filing 717,144 patent applications and foreign applicants reached 11,184 patent applications, a 22.3 per cent and 3.5 per cent increase respectively over the previous year.

Patent Cooperation Treaty (PCT) filings in China have also increased. Between 2005 and 2006, China experienced a growth rate of 56.5 per cent in international applications under the PCT and in 2008 received 6,089 PCT applications, an 11.9 per cent increase over 2007. According to an article by Stephen Young, published in the World Intellectual Property Review, China is now ranked six in the world in terms of the number of PCT international applications.

The 2008 edition of WIPO’s World Patent Report also shows that the number of patents granted to applicants from China increased by an annual average of 26.5 per cent during the periods of 2000 to 2006.

CIPA represents virtually all the 1,750 registered patent attorneys in the UK whether they practice in industry or in private practice. Total membership is over 3,000 and includes trainee patent attorneys and other professionals with an interest in intellectual property matters.

UK-based attorneys constitute one of the largest national groups of attorneys qualified to act before the European Patent Office (EPO). With professional qualifying examinations that are regarded by many as among the toughest in the world, UK attorneys are particularly noted for their skills in drafting and in infringement and validity work. Among European patent attorneys, Fellows of CIPA are particularly noted for their skill and tenacity in presenting their clients’ cases to EPO examiners and in opposition and appeal proceedings.