On Sunday October 28, 2012 Robert Franks abseiled down the Sheffield Hallam University Owen building on behalf of Franks & Co, to raise funds for the Red Cross. 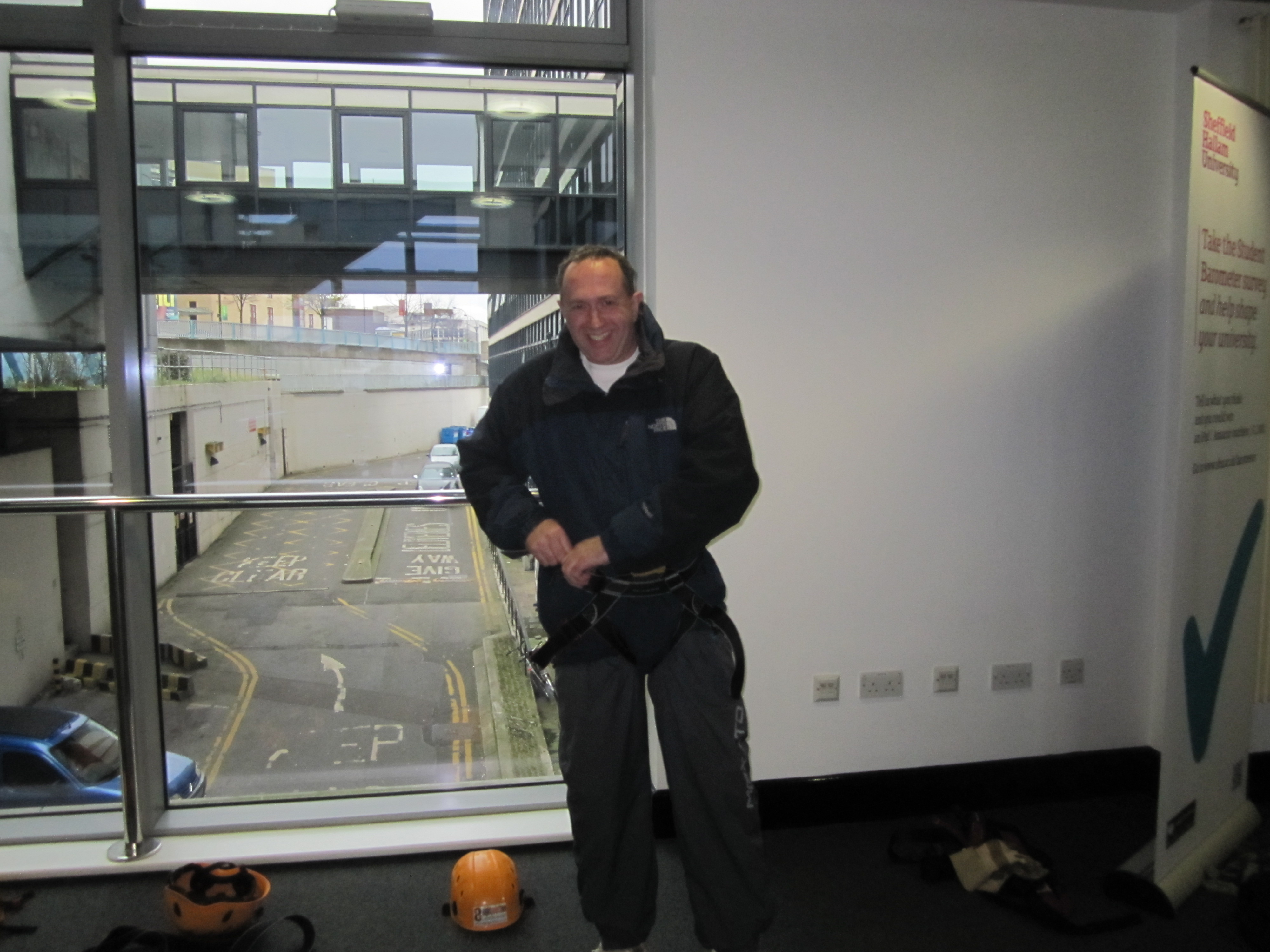 Robert Franks, owner and European Patent and Trade Mark Attorney at Franks & Co, said “Best not to look down.”

A total of £182 was raised.  A big thank you to all our sponsors, which makes a real difference to the work of the British Red Cross.