Protecting indigenous peoples traditional knowledge and traditional cultural expressions across borders is among the most-challenging topics in the intellectual property field, participants heard at a recent seminar at WIPO. 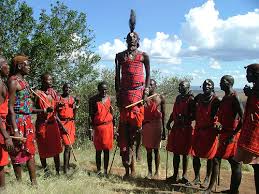 In opening the proceedings, William Fisher of Harvard University Law School said: “The topic with which we will be grappling today is very difficult, perhaps the most-difficult issue in the law of intellectual property.”

Those advocating stricter restrictions say that indigenous groups are entitled to compensation for their knowledge, or at least attribution when the knowledge is used by others, according to Mr. Fisher. Incentives are needed for indigenous groups to preserve and disseminate knowledge, to prevent its disappearance, while protections may help offset long-term economic exploitation of indigenous groups, he summarized proponents as saying.

Parties against tighter restrictions on usage of traditional knowledge contend that indigenous groups and their cultures and practices are dynamic and that restrictions would impair evolution. Opponents also say “everyone benefits from at least some uses of traditional knowledge and genetic resources in particular, especially when those things are harnessed to the solution of modern problems, especially modern medical problems,” Mr. Fisher said.