The Patent Box regime is a new form of corporate tax relief coming into force on April 01, 2013. 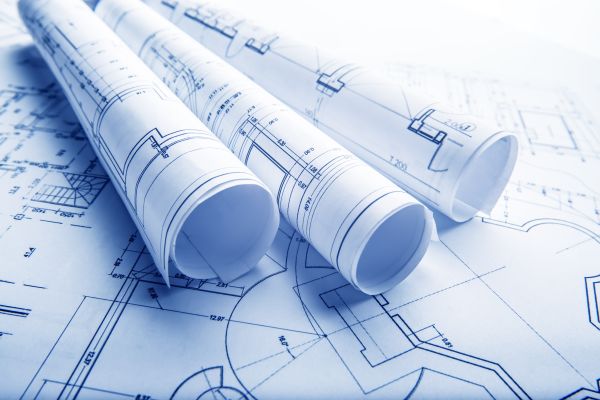 This regime will be available to UK companies which, alone or as part of a group, actively exploit innovation that is protected by patent rights and/or biotechnology – specific rights.

(iii)          the ‘Qualifying IP’ must be owned or used under exclusive license by the company, and

(iv)         the company must have undertaken a ‘Qualifying Development’ for the ‘Qualifying IP’.

The types of intellectual property rights which constitute ‘Qualifying IP’ are:

The criterion of ‘Qualifying Development’ relates to the role played by the company in creating the Qualifying IP in whole or part and/or in developing it, as a product or process incorporating that Qualifying IP. This criterion is intended to prevent the amalgamation of patent portfolios for purposes of speculative litigation, a practice which is associated with the colloquial expression of “patent trolls”.

The corporate income concerned by the regime can be split into two distinct streams, ‘Relevant IP income’ and ‘IP-derived income’ (Schedule 1 of the Finance Bill 2012, section 357CC).

‘IP-derived income’ incorporates global ‘notional royalties’, calculated on the basis of royalties obtained from a license under the Qualifying IP negotiated at arms’ length, typically wherein a patented method is used to make an item (not patented itself) or to provide a service.

This new regime is expected to significantly impact patent practice before the UK Intellectual Property Office.

From a procedural point of view, the regime should lead to an increased number of patent applications, and the requirement for patent rights to be granted should be conductive of faster, more pro-active prosecution, this in order to try and minimise the period of pendency.

Traditionally, and unless commercial reasons dictate otherwise, UK patent applications have been filed at the UKIPO, often not meeting all formal requirements of the Act (for instance not including claims or an abstract, and/or not including formal figures, and/or not qualifying the entitlement to file). Such missing parts have then been filed, and official application and search fees have then been paid within 12 months from the filing date, then official examination fees paid within 24 months of that filing date, with progression of the application towards grant not really starting until that time.

However, the filing of a complete application meeting all formal requirements and the payment of all applicable official fees on the date of filing, has the effect of reducing this 24-months lead time down to, currently, 3 to 5 months. It is not unrealistic to expect to achieve grant within 15 months from a first date of filing, provided the prosecution of the application is expeditious, at least at the applicant’s initiative. Accordingly, the Patent Box regime is expected to motivate faster prosecution to grant within the first 12 months of an application.

From a legal point of view next, the new regime should prompt better awareness of the commercial context of the applicant by patent practitioners, for drafting patent claims apt to maximise the scope of relief achievable.

Traditionally, patent claims have been structured to try and maximise the extent of the monopoly for the inventive concept, with comparatively few independent claim categories and with dependent claims directed at only those embodiments perceived as having particular commercial value.

Since the new regime concerns the subject-matter actually protected, i.e. claimed in a patent, expectedly patent claims shall now be drafted with as much commercial scope of application as possible, with potentially very many more dependent claims directed at most possible embodiments regardless of commercial value, and as many independent claims as the single core inventive concept allows, particularly to exploit any opportunity to claim relief for IP-derived income as well as Relevant IP income.

Comparable tax relief regimes tried and tested in other jurisdictions also show that building tax strategies around the Patent Box regime should be done with care, and should with some redundancy where and when possible.

For instance, the Republic of Ireland long enjoyed a Patent Royalty Exemption Tax Scheme, which was belatedly abolished in 2011 in the name of austerity policies. In the original regime, a statutory requirement held that an invention had to be devised in the Republic of Ireland in order to qualify for the relief. Ireland was eventually forced by the EC Commission, in 2007, to extend the measure to inventions devised anywhere in the EEA. A comparable ‘national preference’ can be said to feature in the UK Patent Box regime in the Qualifying Development requirement, which arguably limits the regime to domestic companies most. The UK may therefore eventually experience opposition from the EC about the Patent Box regime, if it is indeed perceived as an anti-competitive measure, despite the inclusion of EEA-obtained patent rights and the broad definition of ‘group’ as potentially including non-UK but EC-based companies. Eventual regulatory interference by the EC is thus a likelihood considering the importance of the UK as a market and financial center therein.

Next, and more importantly, there is currently no statutory limitation about revoked patents and their potential effect on the relief obtained. The only reference to the potential problem can be found in Section 2.26 of the Technical Note and Guide to the Finance Bill 2012. Problematically, this brief acknowledgement of the issue is rather obscure, and non-binding. The potential problem stems from the fact that patent invalidation in the UK is ad initio (‘from its beginning’): when a patent is revoked, for instance at the initiative of a competitor who has belatedly found new prior art critical to the validity of the patent, the patent is treated as if it never existed. Any tax relief enjoyed under the Patent Box regime in view of the (invalid) patent as Qualifying IP is therefore, technically, obtained without due cause. The logical conclusion is that, if a patent is revoked, the company is potentially liable for a retro-active claw-back by HMRC of the relief obtained so far. It would be nice to think that the Government and/or HMRC will not pursue such retroactive claims in practice. However, until a Statutory Instrument or a Court says otherwise, the problem stands.

Finally, the new regime is expected to introduce a perverse effect in litigation for patent infringement: because the claimant patentee will likely have claimed and still be claiming relief under the Patent Box regime, an alleged infringer will be still more incentivised to try and revoke the claimant’s patent rights in a counter-suit for invalidity, as a tactic threatening the claimant’s bottom line more directly. In this context, the growing use of the UKIPO ‘opinion’ service under Section 74A of the Act by warring parties should reduce actual patent litigation in UK, but paradoxically increase pre-trial activity, concerned with threats of infringement by patentees and/or threats of invalidation proceedings by alleged infringers, and associated pre-trial negotiations, a development conductive of inflated IP costs.

Franks & Co. employs patent attorneys qualified in the UK, in Ireland and before the European Patent Office, fully conversant with all of the above issues and best placed to help you and/or your clients take full advantage of the forthcoming Patent Box regime, whether at the patent application drafting and filing stage or through patent portfolio management.