The UK government has confirmed it is proceeding with preparations to ratify the Unified Patent Court Agreement. 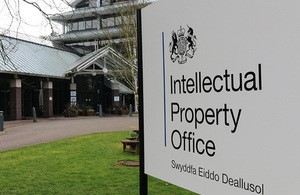 This is part of the process needed to realise the Unitary Patent and Unified Patent Court (UPCA). Under the new regime, businesses will be able to protect and enforce their patent rights across Europe in a more streamlined way - with a single patent and through a single patent court.

The court will make it easier for British businesses to protect their ideas and inventions from being illegally copied by companies in other countries.

The new system will provide an option for businesses that need to protect their inventions across Europe. The UK has been working with partners in Europe to develop this option.

As the Prime Minister has said, for as long as we are members of the EU, the UK will continue to play a full and active role. We will seek the best deal possible as we negotiate a new agreement with the European Union. We want that deal to reflect the kind of mature, cooperative relationship that close friends and allies enjoy. We want it to involve free trade, in goods and services. We want it to give British companies the maximum freedom to trade with and operate in the Single Market - and let European businesses do the same in the UK.

But the decision to proceed with ratification should not be seen as pre-empting the UK’s objectives or position in the forthcoming negotiations with the EU.

Following the announcement today, the UK will continue with preparations for ratification over the coming months. It will be working with the Preparatory Committee to bring the Unified Patent Court (UPC) into operation as soon as possible.

Notes to editors:
The UPC itself is not an EU institution, it is an international patent court. The judiciary appointed include UK judges.